"NO OVERNIGHT PARKING" signs THE FACTS.....

As it seems harder and harder to find a cosy little spot for the night we thought we'd tackle the issue of "NO OVERNIGHT PARKING" signs and restrictions. As there are many different opinions out there, and there is no actual law preventing you from sleeping in your vehicle, it's no wonder it has most people’s heads in a pickle.

Let’s start with some basic knowledge; firstly, you’re not going to jail! Under the decriminalised scheme brought in by the Road Traffic Act 1991, when a vehicle is, for example, parked in a car park outside of controlled hours, it is said to be parked ‘in contravention of the regulations. Thus there are no offences, merely contraventions, this dictates the issue as a civil matter not a criminal one.

Secondly, there is a distinct difference between a privately-owned car park (this can mean either a private company, national trust, forestry commission or local authority - whoever may be the leaseholder of said space) and the public highway (roads, laybys and pull off areas).

Car parks are generally covered by off-street parking place TRO’s (Traffic Regulation Orders). These set out specific rules for the use of that space only and these orders may have clauses prohibiting sleeping, cooking, eating and may have height or weight restrictions. These signs are legally binding and must be adhered to, IF restrictions AND penalties are clearly displayed on the sign at that location. 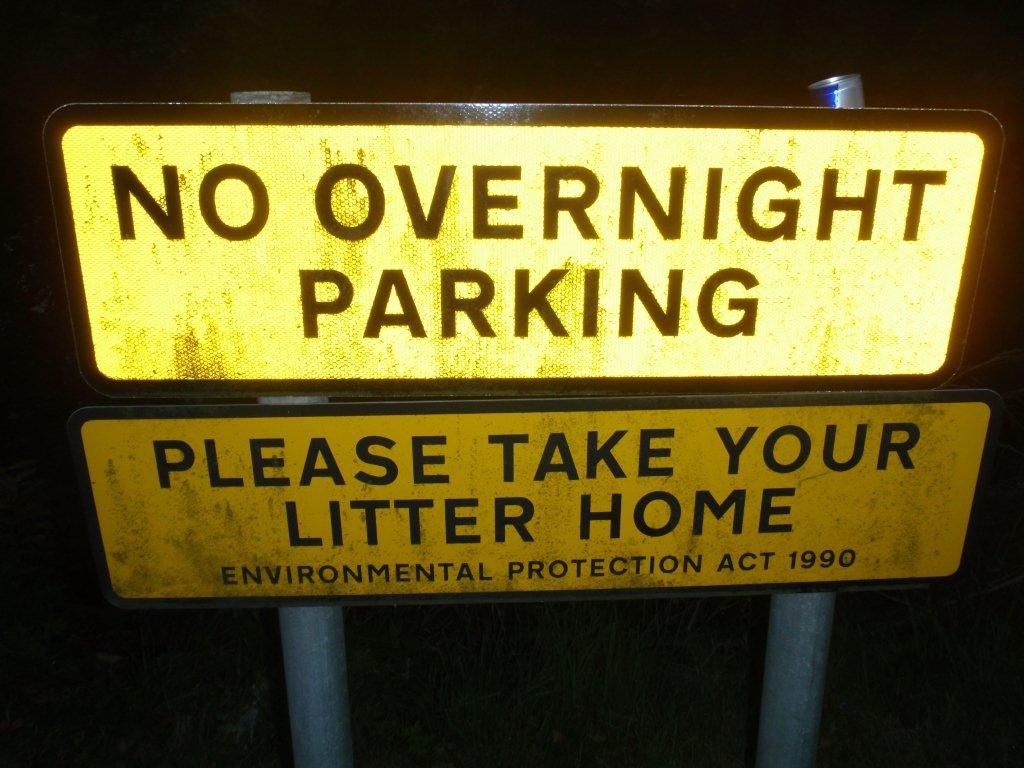 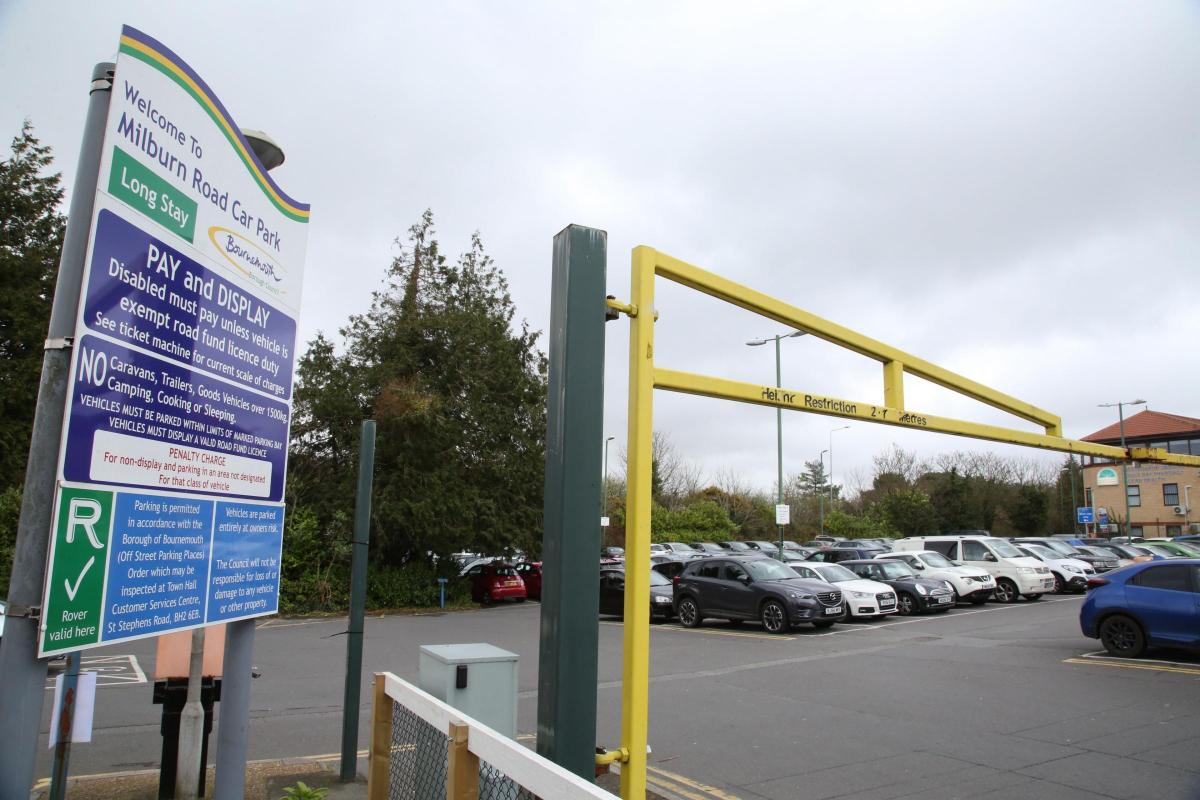 You say potato, we say potahto?

The grey area begins on the public highway my friends. The quick, straight answer is - you are well within your legal rights to sleep within your vehicle. Part IX the Highways Act 1980 (Lawful and Unlawful Interference with Highways and Streets) gives local authorities and police certain powers to remove obstructions only. You are very unlikely to be asked to move on if you are not obstructing anyone or anything and do not stay for more than a day or two.

There are many different opinions on this subject, but we suppose the most important question is - how would this play out in a real-life scenario? For example, would a council pursue someone under these laws, and/or, what would be the process, consequences and outcome of such an action?

A previous FOI (Freedom of Information) request made to Cornwall Council in 2015 by a Mr David Bukhari, asked 13 questions which cover most of the legal factors any council would have to consider in pursuing such an action.

Mr Bukhari, not impressed by this reply, filed a complaint which heeded an apology and a full response.

We don’t have a highway policy as such. Part IX the Highways Act 1980 (Lawful and Unlawful Interference With Highways and Streets) gives us certain powers to remove obstruction, but it would be extremely difficult to make a case for someone causing an obstruction at 3 o’clock in the morning.

2. Please provide details of law used to enforce this policy.

Highways Act 1980 as above in terms of obstruction, but see comments in 1 above. I don’t think we’ve ever attempted to use it in this respect.

3. What areas, ie districts/specific roads/car parks are covered by this law and which are not?

Only the public highway.

In terms of the Highways Act, it would be Cornwall Council as highway authority.

5. What powers are available to them?

Only those defined in the Highways Act 1980.

6. What is the step by step method of dealing with a vehicle suspected of having been slept in?

The fact that it’s being slept in is irrelevant in highway terms.

7. What are the penalties for a proven offence, and who is liable?

For obstruction the penalties are listed in the Highways Act. For sleeping in a van – I don’t know.

8. With whom does the burden of proof lie?

For obstruction, we as highway authority decide.

9. What evidence is necessary to prove an offence or innocence?

For obstruction, we as highway authority decide. For certain sections of the Highways Act, the offending person can appeal against the decision.

10. What safeguards are in place to ensure that the principles of the Vagrancy act are not improperly applied to Gypsies and travellers or people who can give good account?. As specified in amendment s4

We don’t consider the Vagrancy Act. If someone is obstructing the highway, we deal with it under the Highways Act irrespective of who the offender is.

11. If the vagrancy act is being used, where are the reasonably accessible places of free shelter that suspected vagrants are directed to?

12. Are the same principles applied to drivers of HGV vehicles, required to take rest periods by law?

13. At South Fistral, Newquay, there are signs saying no camping or cooking. Please define cooking, with regard to this sign, and provide details of protocol, burden of proof, penalties and supporting law.

I don’t know the answer to this. It may well be a local bylaw.

14. Are those accused of offending obliged to say anything in their defence. Which Law requires this?

Mr Bukhari then went on to ask –

To clarify, if approached, how would one know if the person had the right to apply a wheel clamp, penalty ticket, or require them to move, as claimed? What identification would they carry?

Full details of the FOI request are available here - https://www.whatdotheyknow.com/request/clarification_of_laws_and_policy

What we conclude from this

In short, It seems quite clear from the replies received from Cornwall Council, that they would not be able to request you to move your vehicle unless they could prove you were either - an obstruction as defined by The Highways Act 1980 - or that the duration of your stay could be deemed as attempted habitation of said land.

Under UK law, the burden of proof would remain with those making the complaint; meaning that these laws should not be able to be abused in areas where they are not formally and properly applied through correct signage and local bylaws!. We would also conclude from these responses that if you were issued a PCN (Penalty Charge Notice) in an area without correct signage displaying bylaws and penalties, then your appeal against the charge would have a high chance of success.

The example we have looked at is from Cornwall Council and we in no way imply that this will be the policy of other Local Authorities. That said, general principals are general principals and while the regulations surrounding this subject remain hazy at best, it would appear that the law is more on your side than you may have thought.

How different it could be

With local towns struggling and the death of the High Street, you would think that attracting business would be a top priority for councils. Motor homers and campervanners are dependent upon a support network of local shops in towns and cities to facilitate their travels and provide the basic essentials they require.

We feel it’s high time that the government had a review of policy regarding the whole motorhome parking issue! Simply closing off areas and adding height barriers is not good enough anymore. This only serves to alienate local economies from residual income they would have had, whilst frustrating decent, hardworking mobile tourists.

Instead let’s have a look at practical solutions to the issues councils face, which mean they do not want to cater for motorhomes. Here are a few simple ideas gathered from forums and our members –

Without some form of public consultation the issue will continue to grow. With more motorhomes on the road than ever before are we heading for the huge problem of ‘nowhere to park’ in the UK?

Many European countries have introduced Arie schemes and are reaping the benefits from both increased tourism and fiscal turnover, we don’t see why the UK governments momentum seems to be going in the complete opposite direction. This will simply force billions in revenue to flow abroad to other more accommodating countries.

This seems to hold more poignancy during the Brexit negotiations, as the stated policy is to support the UK, not to enrich Europe.

We hope that this article has been helpful and will keep you updated on any further developments from FOI requests and so on.

We have also created a petition along with this article to see if we can’t get this issue raised in Parliament and get some communication regarding this matter. Please show your support by sharing this article and signing our petition http://chng.it/CHpZLnSBFH

Are you a member of The Campervan Bible...No...Why not?

Our full membership is currently on special offer for only £4.99 including access to our interactive map with over 5,000 locations for you to stay! Click here to join The Campervan Bible now!

How to Convert a Campervan into the Ultimate Mobile Home

This Is Cavan! (Vanning, Planning, Exploring & Shelter from the Storm)